It’s the dream of every frequent traveler, to fly first class. Admit it, don’t you wish you could sit up front at least once and have flying be part of the fun rather than a necessary evil? I know I do, and I know what works and what doesn’t.

Yes, Flying First Class is Worth It!

I am currently living in Vietnam and I was shopping for groceries one night. After I completed my purchase at the store I pulled out my phone to request a Grab (Uber).

The motorcycle would’ve cost me about $1usd while a Grab car would’ve cost me $5usd. I had my hands full of bags but I could’ve made it work on the motorbike as thousands of Vietnamese do every day. 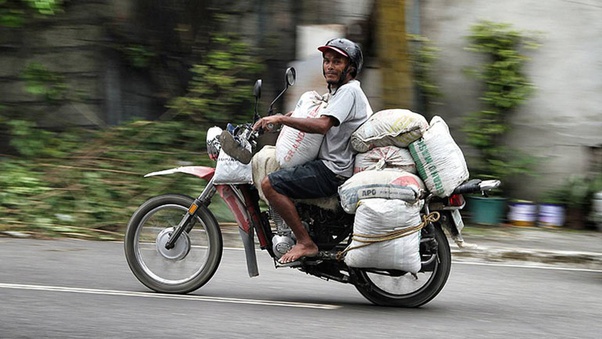 The Grab driver quickly arrived and took the bags off my hands with a smile, put them in the trunk, and I got to ride home during rush hour in a plush climate-controlled vehicle. On the bike, I would’ve been fumbling trying to prevent my food items from falling onto the street and breathing in exhaust fumes from the other cars in front of me.

Now to you and me, this sounds like a no brainer. Most Americans would spend the extra $4 for a more comfortable ride. But imagine if you’re a Vietnamese supporting a family of 5 on $400. You’d think twice before spending that extra $4. You might even think “OMG that’s so stupid why would anyone pay all that money when we both get to the same place at the same time?!”

Well for those who actually pay for their first-class seats (a large chunk of 1st seats are actually given to the business class as free upgrades) it’s a no brainer. Just as taking the Grab car for me is a no-brainer. They want comfort and convenience. They don’t want to deal with a screaming baby or some large person’s elbow digging into their side during the flight. They don’t want to worry about having enough space in the overhead bin for their carry on. They don’t have to worry about some bum next to them putting his/her feet on the food tray etc etc,

So yes first class is worth it!

What Do you Get in First Class?

Back in the days of the Titanic third-class passengers were referred to as ‘steerage’. While the wording is more polite when compared to first-class, economy, or coach passengers, really are like steerage to the airlines. Basically the economy class is there to fill up the plane.  There are many perks to a first-class ticket that many of us don’t even see. First, you get priority check-in at the airport and you get to wait for your flight in the first-class lounge.

In most lounges, you are welcomed by a flight attendant and served a 4-star meal. They also have a sleeping area so you can rest comfortably while waiting for your flight.

As most of us already know you board the plane first and get extremely comfortable seating.

In Ethiad Airways you get your own private suite

The meals served on first are equivalent to any 2-star Michelin restaurant.

Your Bags Come Out First

This is something I didn’t know until I actually flew first class. When you fly upfront your bags come first on the carousel.  No waiting for up to half an hour for your bags to finally appear through that hole in the wall.

How Much Does it Cost to Fly First Class Internationally?

There are so many factors that determine the cost of a plane ticket there are entire videos on youtube explaining how airlines price their seats. The simple answer is it depends on where you’re going, the distance traveled, and how much demand there is for that flight.

Part of me dies every time I read this in a traveler’s group or travel blog. The truth is credit cards are the worst way to fly first class! Why? Because credit cards make you spend more money. Studies show the average consumer spends 20% more when using a credit card as opposed to cash. McDonald’s reports the average bill is $4.50 when a person uses cash and $7.00 when they use a credit card.

I suspect that number is even higher when you have someone trying to get miles. People get so eager to get miles they end up going into debt just to get them. In addition, many of those travel cards have blackout dates and restrictions on when you can actually use your miles.

Unless you’re a highly disciplined spender I do not recommend using credit cards just get miles in order to fly first class.  Then, if credit cards are so bad then why do so many travel sites push them? *whispers* because credit card companies pay high affiliate commissions.

How to Fly First Class

So then what’s the best way to fly first class? To save and shop around. Nowadays with airfare comparison sites comparing prices has never been easier. CheapOair even offers a $100 coupon if you use them to buy a first-class ticket.

There’s also an innovative program with Points.com where you can combine your points from your frequent flyer programs,  credit cards (in case you didn’t listen to me), and other programs to get cash to buy your own first-class tickets.

Great article and well written. Maybe one day I’ll get to experience Business or first 😆
Small point, there’s no such thing as a 4 star michelin restaurant. 3 stars are the maximum 😉 And no plane food in the world will ever truly come close to a real 3 star meal. Yes the food will be spectacular. But not 3* Michelin standard.

Airline food may be decent in first class, but in no way on any airline in the world could it be classed as 4 star Michelin (actually 3 Michelin stars is the highest…)

He didn’t say 4 star Michelin meals. He said 4 star meals (I’m assuming in relation to a 5 star hotel) – so almost as excellent as it could be. He referred to the meals as 2 star Michelin. So not 3 star but still very exceptional 😉

Unless flying alone you need to pay for 2 first class tickets. Face value return for 2 is likely to cost 16,000usd+

My name is Cam and I’m an American currently living in Asia. I created ExpatsinManila as a personal project to help men considering moving to The Philippines get the best information that the guidebooks won’t you.